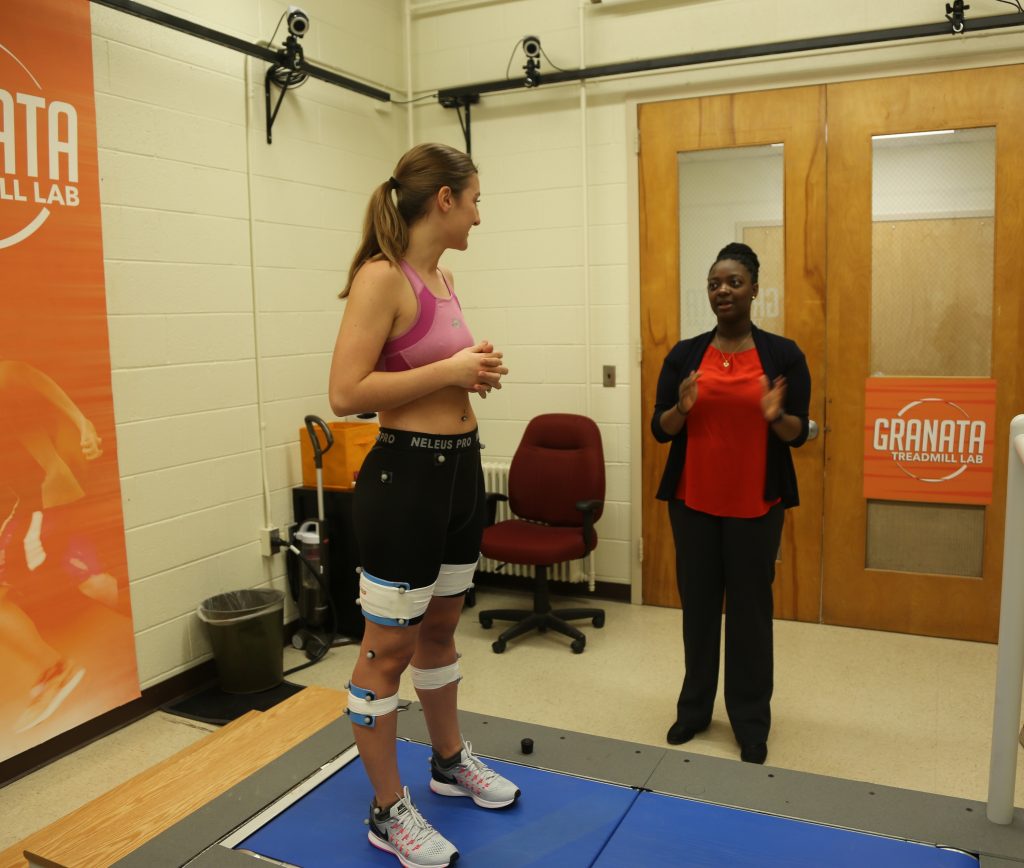 Dr. Queen also directs the Granata Treadmill Lab at Virginia Tech, which is housed in Norris Hall on the Virginia Tech campus in close proximity to both the main Granata Lab and Dr. Queen’s office. The Treadmill Lab contains an instrumented treadmill, motion capture equipment, and a physical therapy treatment table. This space is also equipped with a ceiling anchor to enable the use of a harness while on the treadmill.