The available resources of the lab, connected resources to collaborators and partners.

A look into the current projects of the lab, the research that is connected, and the future of sports injury recovery.

Welcome to 2023! First pub of the year. Review on TAA gait mechanics & a look to the future. Download free for 50 days. Thanks to co-author Dan Schmitt for his friendship & collaboration! https://authors.elsevier.com/a/1gM503sQgGVc6T @BEAMvt @VTEngineering @ORSsociety @ALLabDuke @GranataLab

Great time with @GranataLab students @MichaelTeaterVT & @Robyn_HansenVT presenting in 2 #anatomy classes today @BburgHSBruins. It is always great to share #research and explore the connections between what students are learning and future job options. @BEAMvt @VTEngineering

Congratulations to our Ph.D. Candidate @theresa_libera and our M.S. student @Robyn_HansenVT for presenting their abstracts at the annual BMES conference @rmqueen_VT @BMESociety @BEAMvt #BMES2022 #BEAM #SBES

Come by the Granata Lab booth at #BMES2022 today to play games, learn about our research, and win prizes!

Click on the donation button to give towards the Kevin P. Granata Biomechanics Lab! 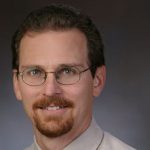